Life and Death on the Homestead 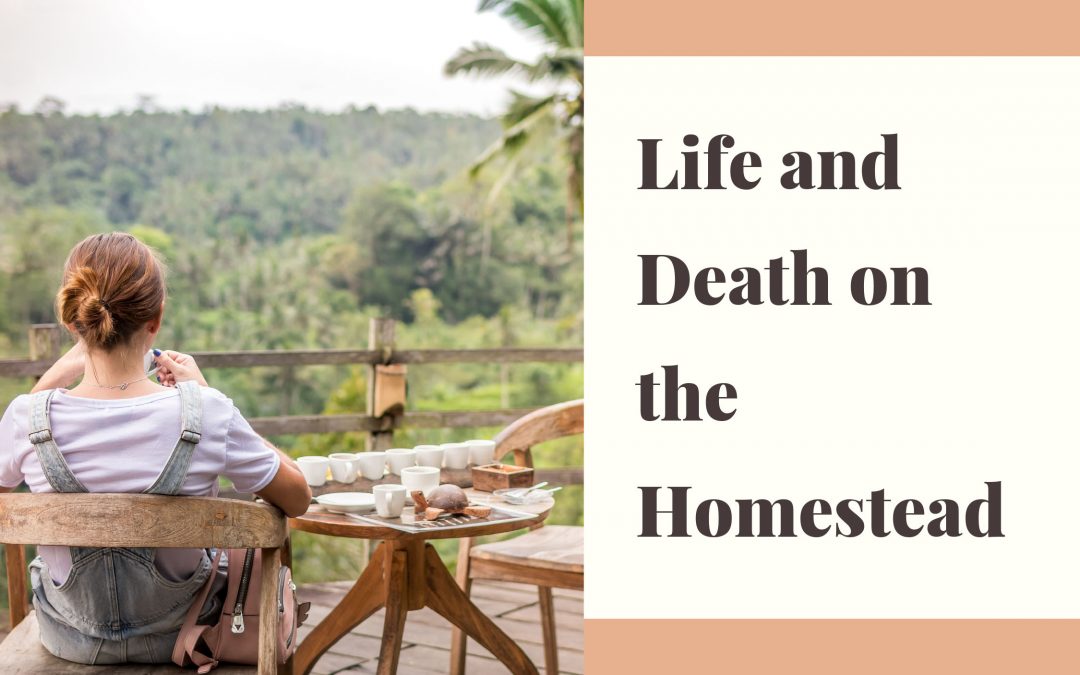 Life and death on the homestead. It is our joy and sorrow in daily life. Much to talk about here.

I want to take a minute and say welcome to all the new listeners and to say welcome back to the veteran homestead-loving regulars who stop by the FarmCast for every episode. Thank you so much for making this podcast possible.

Should I start with the bad news or the good news? There was only the one area of difficulty and there is so much good news to share. Let’s get the bad news out of the way and then move on to all the wonderful happenings on our homestead.

I have good news and bad news regarding the quail. First the bad. We have a predator. In the past couple of days, we lost four birds. I won’t describe the details. Suffice it to say it was not pretty. We do our best to keep all of our animals safe. But sometimes predators are really, really persistent and innovative. We had a similar issue last fall. Just when you think you’ve taken care of the problem, a sly predator comes up with a new angle.

The quail hutch is two levels. On the top are two large cages for growing out the new chicks. Currently there are 16 on one side and 17 on the other for a total of 33. Actually, that is not right. There are more than that up there now. Before the predator there were 33 up there. Now the breeding stock has joined them. I believe there are 13 of them currently residing in the penthouse with the original 33.

The bottom level of the hutch had the breeding stock. There are three cages there and each had six birds. Two of the cages had four hens and two roosters and one had five hens and one rooster. Ideally, we would have five hens and one rooster in each of the cages on the bottom for a total of 18 birds. However, last year we ended up with not enough hens to fill out the desired scenario and two extra roosters. How did that happen you say? Let me fill you in on that part of the story

Last fall I learned my lesson about quail fertility. My last batch of 40 something eggs only produced eight chicks. I did know that the rooster’s fertility would diminish in the fall along with the number of eggs the hens produce. Once spring arrives, all returns to normal. That’s the normal cycle. In September the hens were still producing lots of eggs so I collected them all and put them into the incubator. Again, eight chicks out of 40 something eggs. The hens were laying eggs, just not fertile eggs.

After a couple of weeks in the brooder these eight chicks moved into one of the upper cages. We planned on keeping the hens to fill out the breeding stock and processing the roosters. There were only eight birds to begin with and the predator knocked that down to six. Four were hens and they filled out some of the breeding stock that we needed. But what to do with the two extra roosters. We decided not to bother with processing only two. They got added to the breeder cages so it was all one big happy family.

Back to the present time. One of our ladies just died for no apparent reason. That happens sometimes. And then, the very next day, the predator began striking. We lost one rooster that first day. The next day we lost three more birds. At that point, we needed to act quickly or lose even more of our breeding stock. Once a predator has found out how to attack, it will continue unless something is done.

Scott spent most of yesterday fortifying that hutch – again. I believe we have the issue resolved but it was still sad to lose those beautiful birds. We don’t know what animal was getting to them. It climbed up on the outside and somehow had to be hanging upside down under the bottom of the lower level. It must have been hanging on with one paw and grabbing with the other. Anyway, Scott added another layer of hardware cloth to the bottom of the 2 X 4 frame. There is the floor of the cage and then another layer four inches below that. The perpetrator can no longer reach the bottom of their cage where they are standing.

On the upside regarding the quail. Besides the 33 in the upper level, we have 50 chicks in brooders. They are about a week and a half old now and already about half complete with their feathers. All chicks are born with down and no feathers. That’s one reason they are in the brooder. We can keep a light on them so they stay warm. Once they are fully feathered – which is about two short weeks for quail – they will be able to handle the changing temperatures just fine. Anytime after that, they can be moved outside. It is amazing how fast these little guys grow.

More good news here. I mentioned in an earlier podcast that the vet estimated Buttercup was six months along in a nine-month gestation cycle. Well she was off by a long way. Maybe she thought the Normande calves would be larger. Anyway, Buttercup delivered a beautiful full-term heifer calf last Friday.

I named her Virginia. Scott named Wendell after one of the main characters in “The 10th Kingdom” so I picked Virginia as she is another main character in that TV mini-series. The show aired on NBC in 2000. There were five shows, each was two hours. I believe it is available on Netflix now. It is a fantasy fairytale miniseries. We have had it on DVD for many years and have watched it many times.

Buttercup’s Virginia is beautiful, healthy and a welcome addition to our herd of Normande cows.

This morning I had to rescue Luna. She had stuck her head through the fence and couldn’t get it back out. The slope of her head allowed her to push through, but the ridge on top is not sloped on the back side. Every time she turned her head to try and get past that ridge, her ear would get caught. It came down to getting out the wire cutters to get her free. I wonder if she learned her lesson. Some of the goats don’t. She appears to be fine but it gave me a scare for sure. She was really in distress.

The donkeys got their nails done this week. Donkey hooves need to be trimmed three to four times a year. This time, while Scott was doing the manicure, I added a nice touch to their experience. Daisy and Sweet Pea usually just stand there and take it, but Cocoa and especially Johnny really don’t like this hoof trimming business at all.

While Scott was working on Daisy, I was brushing out the winter coats on Sweet Pea and Cocoa. I had already gotten Daisy taken care of while Scott was gathering equipment and getting ready. Johnny is too shy and so didn’t get his brushing. The girls have deep winter coats and there is a lot of hair coming out. I brushed and brushed and brushed. I got all of the loose stuff. It is not all gone and probably won’t be for another month. Once it is completely shed, the fluffy look will be replaced with the sleek polished look.

In the garden we worked through the rain to get the tomatoes supported. They are growing nicely and I am looking forward to lots and lots of tomatoes in the near future. I will begin canning tomato sauce and barbecue sauce this fall. Gotta refill those shelves.

The sunflowers are amazing. Some of them are three feet tall already. I said I am growing these just for fun – and oh they are fun.

The green beans are blooming. I planted about 50 square feet of green beans. It was supposed to be 75 but I planted one bed with lima beans that I had lying around.

I picked a couple of sweet banana peppers and there are lots of cayenne and jalapenos coming along already. I didn’t see any blooms on the California Wonder bell pepper plants. Those plants may need to get larger before they can support those giant bell peppers. We will be inundated with peppers in the very near future. My plan for those is dehydrating most of them. I might even mix a few and grind them up into a homemade chili powder. What do you think?

I’m loving the woven ground cloth we put down. The garden looks pristine. Weeding takes only a short time and little effort. We shall see how this garden progresses. Will there be problems with disease and pests – more than normal, I mean. We shall see.

After getting the tomatoes propped up, we moved on to picking blueberries and strawberries. Last week I made some awesome blueberry jam and I plan on making another batch tomorrow. It is so great to pick the fruits of our labor. And so tasty too!

There were cicadas in the blueberry bushes. Those guys are mostly done with their life cycle. The noise has finally stopped. Perhaps some small fraction of the females are still laying eggs. Now the Japanese beetles are arriving in force. But we have some great traps that will help keep them away from the fruit bushes, canes and trees. Our fruit is pest challenged every year. Mostly by the Japanese beetles.

I also ran across a hornet nest and two small wasp nests in the blueberry bushes. No stings though. Thank goodness! I don’t respond well to stings. EpiPen at the ready.

The creamery has not progressed much this week as you can imagine. With the above activities, Scott has not been able to move forward as quickly as he would have likely. We’ve also had rain, rain and more rain over the past few days. If the rain lets up today, he will be back at it with gusto.

That’s it for today’s podcast. A small bit of bad news and lots of good news. That’s how we like it. It’s an amazing experience. In the spring things change so fast. The trees are all leafed out. Just a few short weeks ago their branches were bare. The grass is growing like crazy. The animals definitely love that. And the garden has gone from a blank slate to greenery waving in the breeze.

Thank you so much for stopping by the homestead and until next time, may God fill your life with grace and peace.

To learn about herd shares:

To help the show: 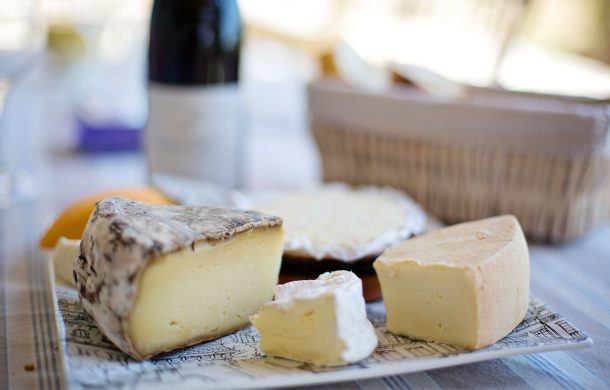 Learn the tips and tricks of cheese tasting

You can be a bonafide cheese monger! 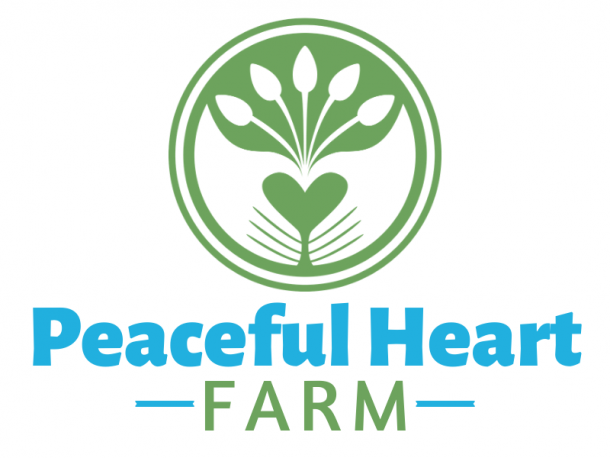 Thank you so much for subscribing to Peaceful Heart Farm. Look for a newsletter with updates on our activities every 2 to 4 weeks.